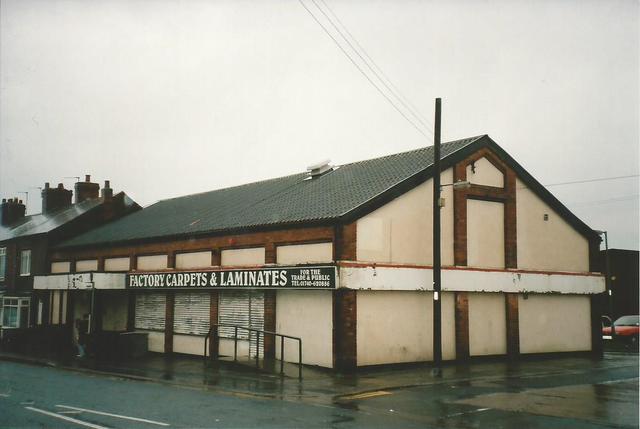 In the small County Durham town of Fishburn, near Sedgefield, the Alhambra Cinema opened in 1925 with 560 seats. It was built by two brothers, Turnbull, and their step-brother Everard, and owned by W. W. Turnbull & Company. On opening night, in addition to the offerings on screen, pupils from the Tin School sang ‘Volga Boat Men’.

There were hard forms at the front, for children, and double seats at the back for courting couples. The proscenium was 25ft wide and there was a small stage and a dressing room. Around 1930 it was equipped with a Morrison sound system. By 1939 the seating capacity had been reduced to 460.

The Alhambra Cinema closed in 1962.

By the time I visited, in October 2005, it was home to Factory Carpets & Laminates, which appears to continue to date (December 2015).