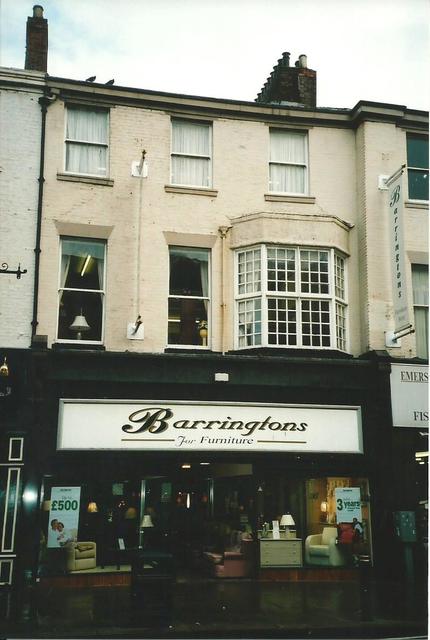 In Sunderland, the Theatre de Luxe opened in premises opposite the Town Hall. It was owned by A. G. Hamilton, who opened it on 29th April 1912. Patrons were entertained between films by the Bijou Orchestra, and tea was served at afternoon matinees.

By the early-1980’s the building was occupied by a jewellers shop. By the time I visited, in October 2005, this had been succeeded by Barringtons Furniture Store, which continued until 2016 when it became a tattoo and piecing shop named Triplesix Studios.

In 2016 the building used as ‘Triplesix Studios’.