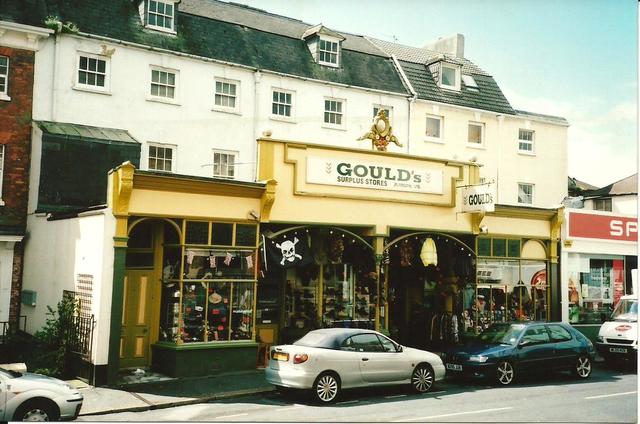 In Plymouth, Devon, the Cinedrome was opened in 1913 by William Linsdell.

By 1931, according to the Kinematograph Year Book, it was owned by Thomas Hoyle. The 1940 edition listed Mrs M. Hoyle as the proprietor, possibly Thomas' widow.

The cinema was badly damaged by German bombs in the blitz of 1941. It closed and did not re-open. The auditorium was subsequently demolished, but the façade has survived.

Meanwhile, Gould’s Outdoors, a camping goods and clothing supplier, had been founded by Frederick E. Gould in the early-1900’s. After trading from various sites in Plymouth, the business moved into the site of the former Cinedrome in 1955.