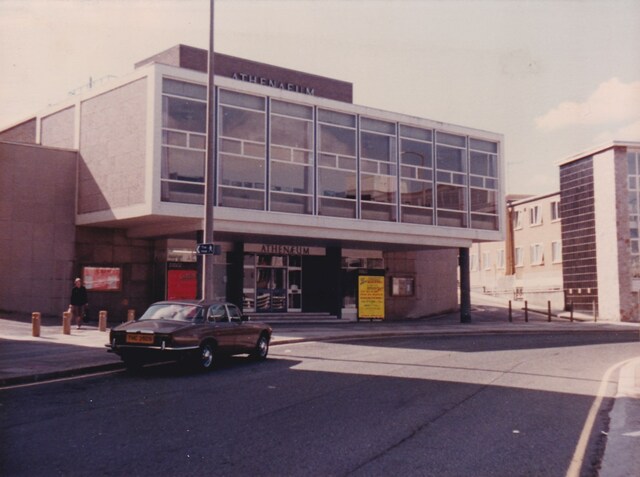 Built on the site of the former Plymouth Athenaeum library & lecture theatre, at Derry’s Cross at the end of Royal Parade in Plymouth city centre. That building was built in 1819 and was destroyed by German bombs on 21st April 1941.

The new Plymouth Athenaeum Theatre was opened on 1st June 1961. It was designed by architectural firm Walls & Pearn. The following day a programme of films were screened. The auditorium has 352 seats and there is also a 100-seat lecture theatre and a lounge which has 80-seats. In 1971 the British Film Institute (BFI) began the use of the theatre as a regional cinema named Plymouth Film Theatre, which operated until at least 1980. Today it is used as a live theatre.