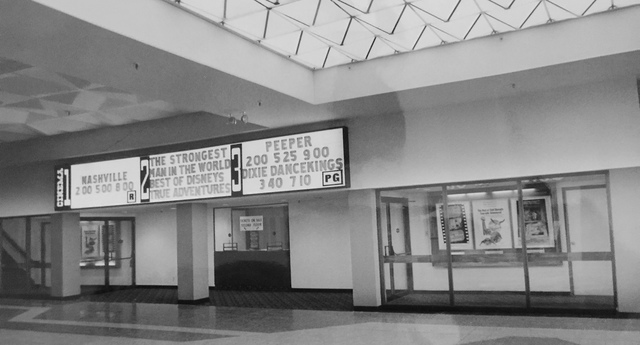 GENERAL CINEMA three 325 single aisle theaters on second floor, with box office on first floor, and restrooms on third, as DIVISION MANAGER for G.CC. my office was there, later when I was CCO for MANN THEATERS we opened a MANN 6 at the strip center next to mall later CINEMARK 16 open free standing theater at mall

the aurora mall 3 opened 9/24/75. i am currently putting together a series of books on the history of the denver area indoor and drive-in theatres. if anyone has questions on the subject, i’ll be happy to share my research. see you at the movies ! ken mitchell