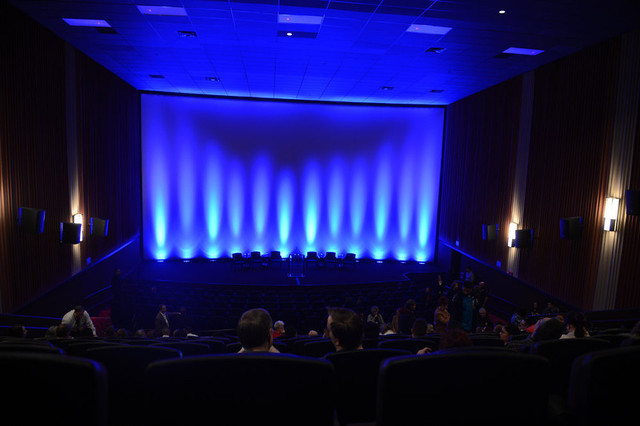 The Century Aurora 16 was closed on July 20, 2012, after a mass shooting, which killed 14 during a midnight screening of the Batman movie “The Dark Knight Rises”.

Tentative plans have been announced for the theater’s renovation and remodeling; the screening room where the shootings took place will become a giant screen auditorium. The theater will be rebranded as a Cinemark and there will be some exterior modifications. View article

Cinemark has announced that the theater will reopen on Jan. 17, 2013: View article

The official name of the theater is now simply “Century Aurora” so please make the corresponding changes. News story at http://www.denverpost.com/news/ci_22368053/vacant-since-mass-shooting-renewed-aurora-theater-reopen

Now that this cinema has reopened after extensive renovations, can the overview photo be changed to one of the new photos of the renovated cinema?

It was on this coming weekend one year ago that this theater became a disaster area.

5 years ago this past week during a midnight showing of TDKR everything changed. This forced exhibitors to show Thursday night advance showings at earlier times and to increase security around the theaters.

Is there possibly a memorial in the auditorium where the shooting happened?

Tim McGrath, a survivor of the shooting, has made a film based on the experience, “Surviving Theater 9”:

There is a Reflection Memorial Garden at the Aurora Municipal Center on the corner of East Alameda parkway and South Chambers Road to honour the victims of the Aurora century Cinema shooting, extanding the current Xeriscape garden, half a mile from the cinema. There was a impromptu memorial site in a vacant lot near the cinema, before the memorial garden.