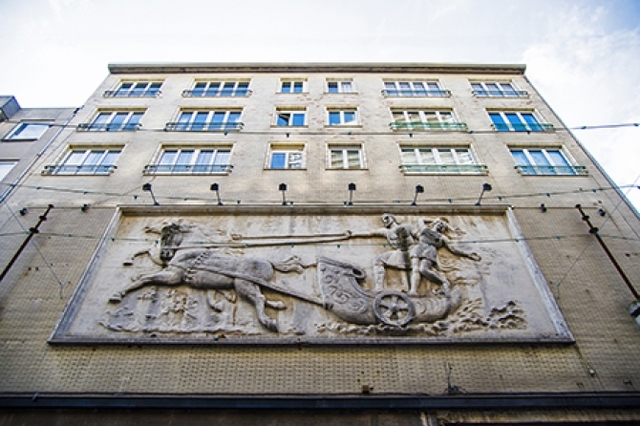 One of the newest cinemas located on the Langestraat in Ostende. The Capitole Cinema opened at Easter 25th April 1957 with “War and Peace” staring Henry Fonda. It had 900 seats (300 were in the balcony). It was equipped with Todd AO and 70mm film projectors and specialized in blockbuster films, the entrance was made in a peplum style and the façade had a large bas-relief sculpture inspired by ‘The Horsemen of the Apocalyps’ by Brugge based artists Michel Poppee and A Van Severen. “Cleopatra” was shown here in April 1963.

The Cinema Capitole was closed as a cinema in 1987 due to the popularity of video and the multiplexed Rialto Cinema. It is now used for special events.