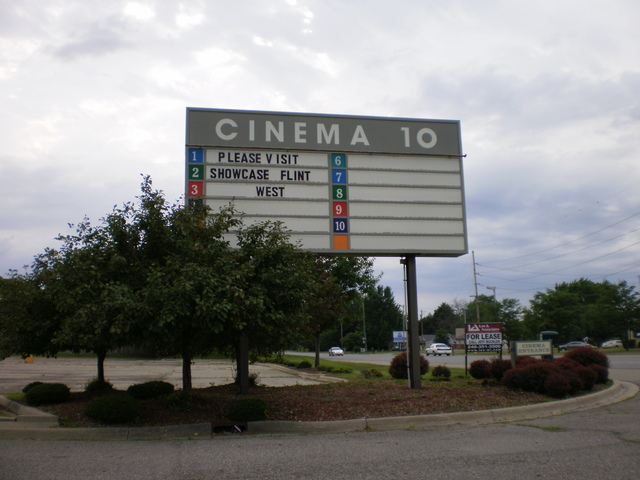 Then National Amusements bought out the GKC Theatres Flint area operations. This led United Artists to abandon their theater project after constructing a parking lot and a foundation for the theater.

National Amusements converted the Genesee Valley Cinemas into a second run house and closed the Towne Cinemas, eventually building the Showcase Cinemas Flint West where the school used to stand. National Amusements also took over the theater project abandoned by United Artists Theatres, building the Cinema which opened on October 2, 1997, replacing the Genesee Valley Cinemas which closed upon the opening of the Cinema 10.

The Genesee Valley Cinemas was eventually torn down to make room for new retail development. The Cinema was originally a bargain priced second run house, but a couple of years ago, National Amusements reorganized their Flint area operations and made the Cinema 10 a full priced first run house showing major Hollywood as well as art house releases.

Interesting to note that this theatre is the only one in existence for all of Flint and there were many listed for the town!

Cinema 10 opened with a charity event on October 2nd, 1997, and the official opening the next day. Grand opening ads posted.