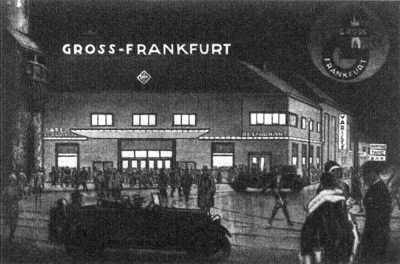 Located in the city centre adjacent to the Eschenheimer Turm. The Ufa-Palast Gross-Frankfurt Turm-Palast (Tower-Palace) was opened on 29th September 1929. It was operated by the Ufa chain. It was destroyed by allied bombs in March 1944.

In 1950 a new Turmpalast was built and opened on the site (which has its own page on Cinema Treasures).