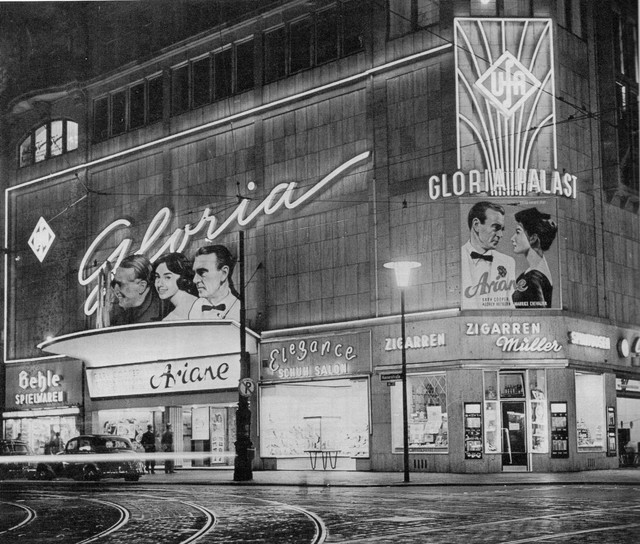 Located in the city centre at the corner of Kaiserstrasse and Neue Mainzer Strasse. The Gloria-Palast Lichtspieltheater was opened on 16th September 1927 with “Der Meister von Nurnberg”. Seating was provided in orchestra and balcony levels.

After the end of World War II, the cinema was used by the American Army for a while. In 1956 it was renovated to the plans of architect Hans F. Erker and went back to public cinema use. It was operated by the Ufa chain from 1958. The Gloria Palast closed on 21st June 1981 with “The Last Days of Pompeii”.

It is now converted into office and retail use.