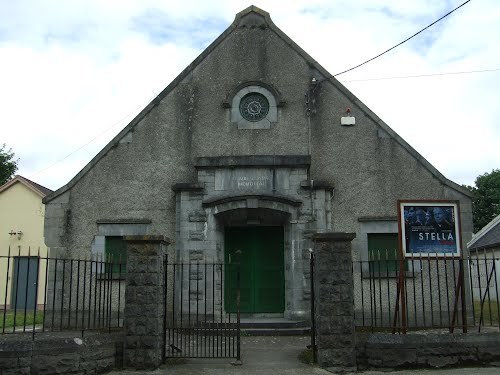 Located in Borrisokane, County Tipperary. The Stella Cinema was located in the David Clarke Memorial Hall which had been built in 1930. The gable-fronted building had been endowed by the will of Harriet Clarke for the instruction, education and amusement of the town as trustees deemed. The Stella Cinema opened in 1957 and closed in May 1967. A book written by Michael Pooley looking at the cinema through the eyes of a starry-eyed boy was made into a film starring Martin Sheen. The hall continues in community use.