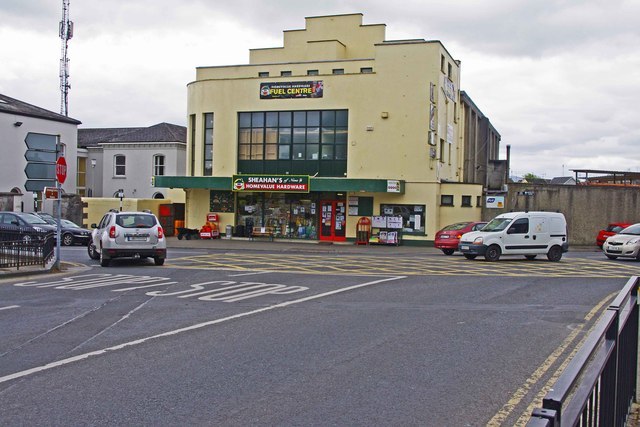 Located in Nenagh, County Tipperary. The Rialto Cinema was designed by W.M. O’Dwyer in a style similar to that of Art Deco although it was built much later than the vogue. It opened on 1st September 1946 with Jack Oakie in “On Stage Everybody”. The foyer had a green and cream terrazzo floor and there was a snack bar and soda fountain provided. The house had 900 seats, a balcony, and a Western Electric(WE) sound system fitted. Run originally by Amalgamated Entertainments (Kevin Anderson’s early foray into the business) but was in the hands of the Breen family by the mid-1950’s. It closed on 1st May 1976 with “Breezy” starring Kay Lenz and William Holden. At the time the owners wanted to adapt the Town Hall for a small cinema as it was more akin to the 200 capacity that was required at the time, but this appears not to have happened. The Rialto Cinema is now home to Sheahan’s hardware shop.

The hardware store moved to new premises in 2019. There are calls to return the building to theatre or even museum use.