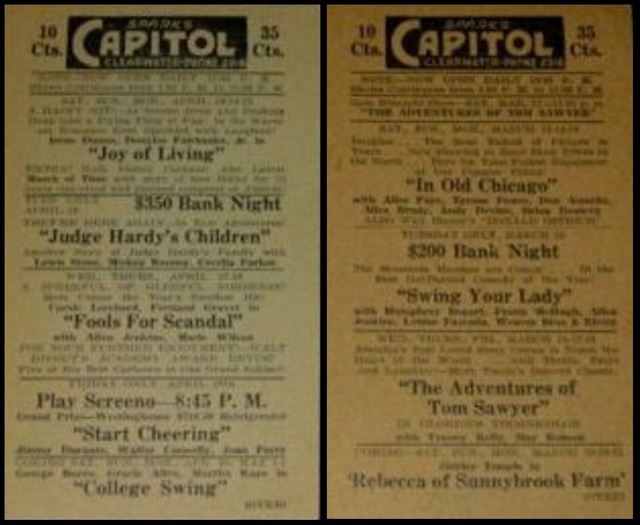 A 1920s photo of a “Capital” Theatre in Tallahassee can be found on this web page at Florida Memory. A book called The Community of Cinema: How Cinema and Spectacle Transformed the American Downtown, by James Forsher, has this line on page 97:

“Before 1920, African Americans were forced to go to the Capital Theatre, started by Mrs. Yellowhair, a graduate of Florida A & M University, the historically black university in Tallahassee.”

The book Tallahassee Florida, by Althemese Barnes and Ann Roberts, has a photo of Margaret Yellowhair and some of her fellow class of 1904 graduates, and the photo of the theater, the caption of which says it was located on Macomb Street in the historic Frenchtown district (Google Books preview.)