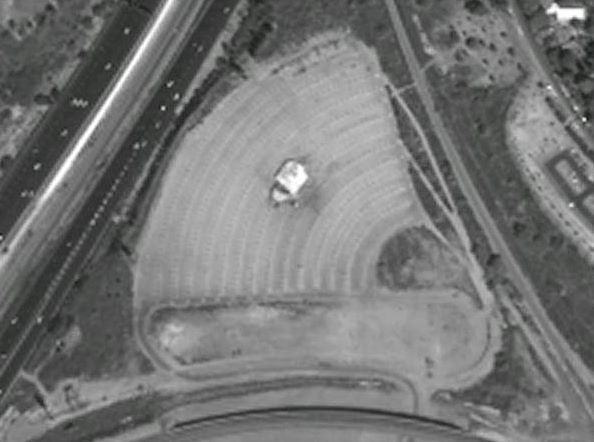 Located in the northern part of Tel Aviv. This was the only drive-in theatre to operate in Israel. It opened March 8, 1973 with Walt Disney’s “The Jungle Book”. In the early-1980’s it began screening adult films. The Drive-In closed in 2000 and was demolished.

The Drive-In Arena was built on the site and opened in November 2014. It is where the Hapoel basketball team play their home games.