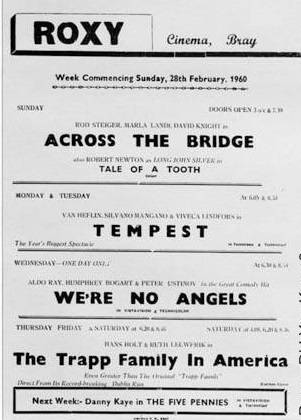 Originally known as the Star Cinema and is first listed in 1935, operated by T.G. Cooper, with 650 seats and a Western Electric(WE) sound system. It was renamed Roxy Cinema around 1946 when it had an RCA sound system and 630 seats. It was then operated by Maurice Baum but by A.G. Popham by 1966. It later became the Panorama Theatre.