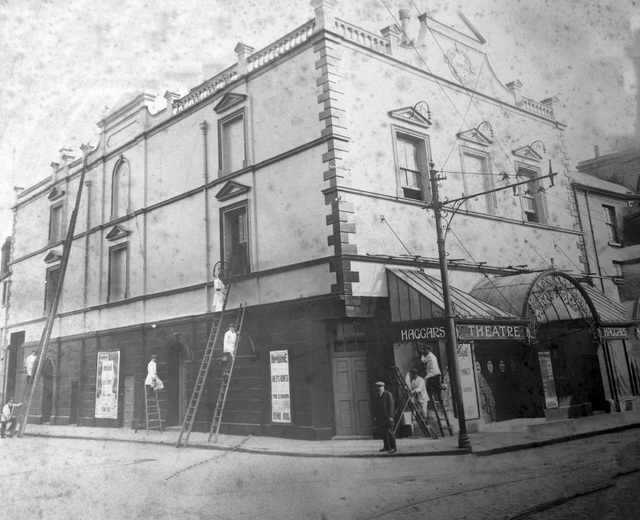 Located in Llanelli, Carmarthenshire (Dyfed). The Royalty Theatre was opened 26th December 1892 with a performance of Alfred Cox’s comedy/drama “A Detective”, performed by C.H. Ross’s Comedy Company. The theatre was designed by Swansea based architect T.P. Martin. Seating was provided for 1,400 and the proscenium was 33ft wide. Over the years many stars appreared here, in cluding Charlie Chaplin, Marie Lloyd and Gracie Fields. In June 1910 it was taken over by cinema pioneer Arthur William Hagger and re-named Hagger’s Theatre with a reduced seating capacity of 1,200.

By 1918 it had been renamed Hippodrome Theatre and was equipped with a RCA sound system in February 1930. It was operated by Glandour Cinemas Ltd., a subsidiary of the Jackson Withers circuit. The Hippodrome Theatre was still operating as a cinema in 1966. Soon after it became an Argos Bingo Club and was demolished in 1977.