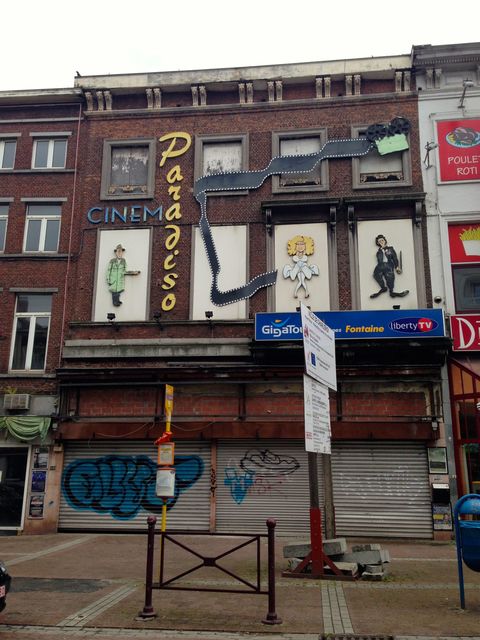 Located near the canal, near the Charleroi Sud Railway Station. The Paris Cinema was opened in the 1940’s and in the 1950’s screened films such as “En Cas de Malheur” and Marcel Carnes “Les Tricheurs”, which were shown first run with the Brussels Cinema. Renamed Paradisio Cinema, so called because of the film, It had finally four screens. The Paradiso Cinema closed in the late-2000’s.