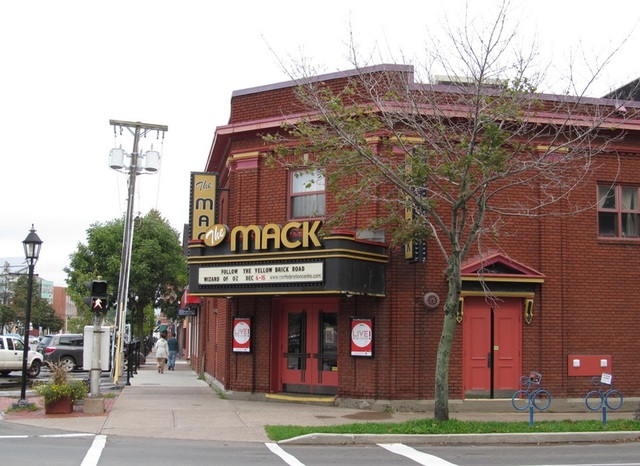 Famous Players opened what was originally the Capitol Theatre on the corner of Greater George Street and Grafton Street in downtown Charlottetown around 1935. The single-screen theatre seated 513 during its movie years.

The theatre closed for movies in 1965 and was later acquired by the city for its Confederation Centre for the Arts complex. Following renovations and a reduction in seating to convert the venue for live performances, it was renamed as the Mack Theatre. It currently seats 200 and has a bar for liquor service.