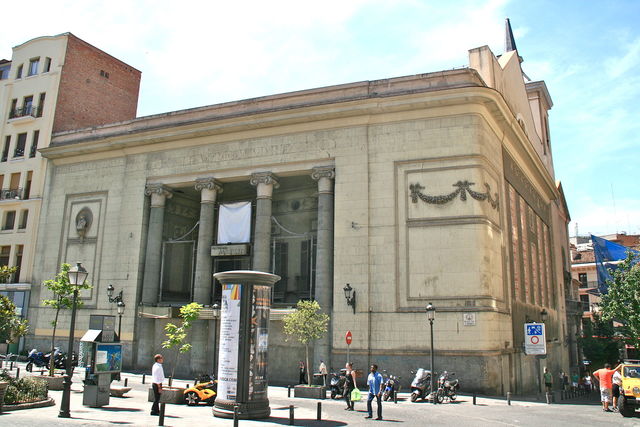 Located just to the south of the Gran Via in the city centre. The Cine Madrid was opened on 29th December 1925. Seating was provided in orchestra & balcony levels. It was closed in 1933, but reopened on 28th October 1933. In 1943 it was given a new facade, designed by architect Cezar de la Torre. The central portion of the facade has four Classical columns and it re-opened as the Teatro Madrid on 8th October 1943 as a live theatre.

It went back to films on 26th September 1945 when it again became the Cine Madrid. In February 1979 it was divided into four screens. It had closed by 2003 when it was demolished to reconstruct as a 13 screen cinema, retaining the Classical style facade and a side wall. By 2017 it was still a building site.