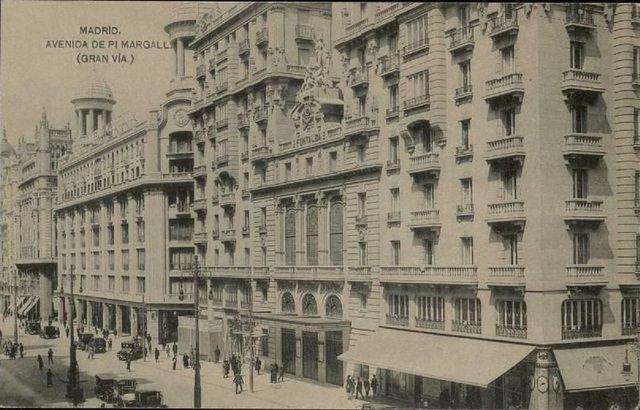 Built in the style of European opera House, seating was provided in orchestra, boxes on the first and second levels, an upper balcony and a gallery. The Teatro Fontalba was opened on 20th October 1924 with the opera “La verdad sospechosa” by Jacinto Benavente. During the Spanish Civil War (1936-1939) it was re-named Teatro Popular. In the early-1940’s it reverted back to its original name.

The Teatro Fontalba was closed in 1954 and was gutted internally to become a bank. In 1990 further alterations were carried out and the lower sections of the original facade remained unaltered. In 2017 it is a clothing store named Stradivarius.