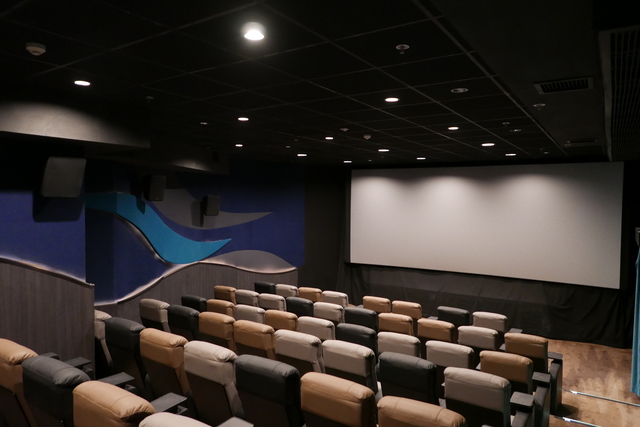 Emperor Cinemas@Entertainment Building which was soft opened to business on 16th October, 2017 is on the 3rd and 4th floor of the Entertainment Building. The cinema has 4 intimate luxury theatres and one VIP house. House 1 and House 2 booking booth and Roomsbar are on the 3rd floor, while the VIP house The coronet, House 4, House 5 and the Central Control Room are on the 4th floor. 3rd floor and 4th floor is connected by a spiral staircase.

All 5 houses are equipped with Sony 4K Christie projectors,Dolby CP750[Dolby Surround 7.1 ]sound system,Crown Dsi amplifiers, JBL loudspeakers and Harkness screens. All houses are of stadium seating. As required by the building ordiance of the Hong Kong SAR Government, a staircase leading to the street has to be built by the owner of the cinema.

The name of the VIP house The Coronet is the name of the theatre on the site in the 1920’s. The Coronet Theatre closed on 1st August, 1925. The Coronet Theatre with the adjacent Yee Sang Fat Building were demolished for the building of the 1st generation King’s Theatre which opened to business on 31th March, 1931. After the closure of the 2nd generation of the King’s Theatre on 1st January, 1990, the Entertainment Building was built on the site.

Seating capacity of the 5 houses: