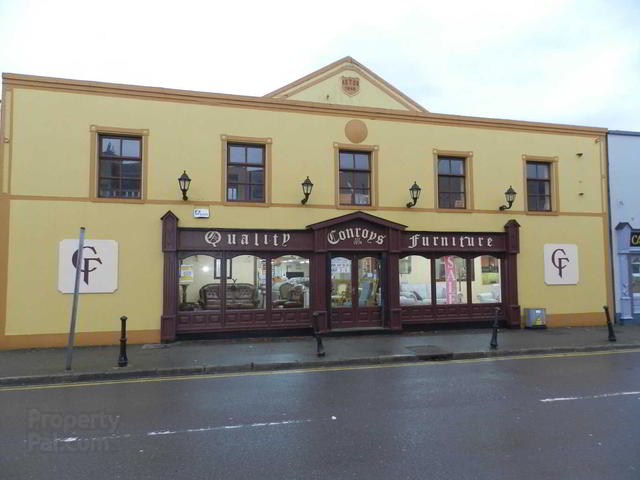 Located in Castleisland, County Kerry. The Astor Cinema was opened on 7th March 1948 by the Coffey family who owned the Picturedrome in Tralee. The opening programme was Nina Foch in “Prison Ship” and Ann Miller in “Eve Knew Her Apples”. On its frontage, it proudly bore the construction date and, in large letters, the legend “The World in Motion”, emblazoned around a map of the world.

The pit area had wooden seats but the stalls had cushioned seats as had the balcony and a RCA sound system was installed. The cinema also doubled as a ballroom indicating that the seating was not fixed. This opened in October the same year with Jack Ruane’s band providing the music. Basketball was also held in the ballroom around 1970. That year the venue was bought by Jimmy O’Connor who concentrated more on dances and also staged roller-disco. It closed in 1985 and later became Conroy’s furniture shop.

Mr Coffey is also known to have operated an earlier cinema in the town listed in the Kine Year Book from 1935.