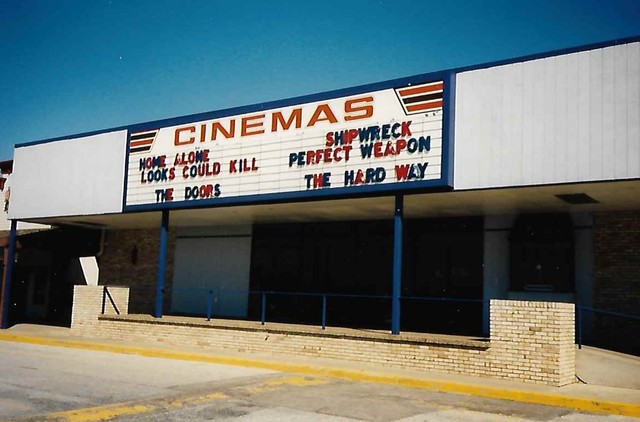 The North Park Twin was built and operated by two local exhibitors, Paul Steiler and Joe Koewler, operators of the Victory Theatre, Majestic Theatre and Westside Theatre locally, it opened on December 25, 1973 in the North Park Shopping Center on First Avenue at a construction cost of $400,000. The theatre was connected to the south end of the center behind what is now a CVS. It had two long and narrow auditoriums running parallel to each other off a central lobby and featured automated projection equipment. Each of the twins were twinned about 1978, making the place the North Park 1-2-3-4.

This building should not be confused with the North Park 5-6-7-8-9, etc, which was built later nearby but not actually in the shopping center. That theatres name was later changed to Showplace North. The North Park 1-2-3-4 was closed after a time and became a nightclub. Its street sign was remodeled and became the Showplace North sign.

Grand opening ad and article. Mid-State theatres may have booked this theatre according to the ad design.