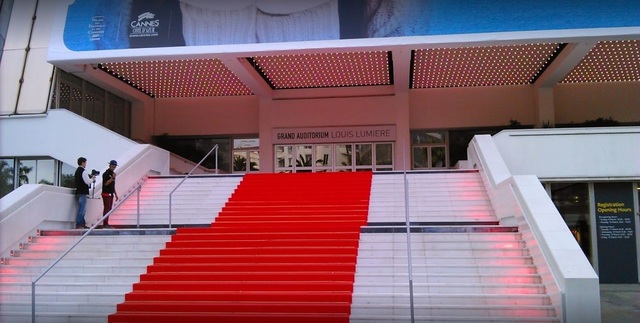 The first Palais des Festivals et des Congres was built and opened in 1949 in Promenade de la Croisette, on the present site of JW Marriott Cannes for the Cannes Film Festival and also the 4th(1959) and 6th(1961) Eurovision Song Contest. The current Palais et des Festivals et des Congres was built in 1979 on tne site of the former Municipal Casino and opened in December 1982. The Cannes Film Festival moved there.