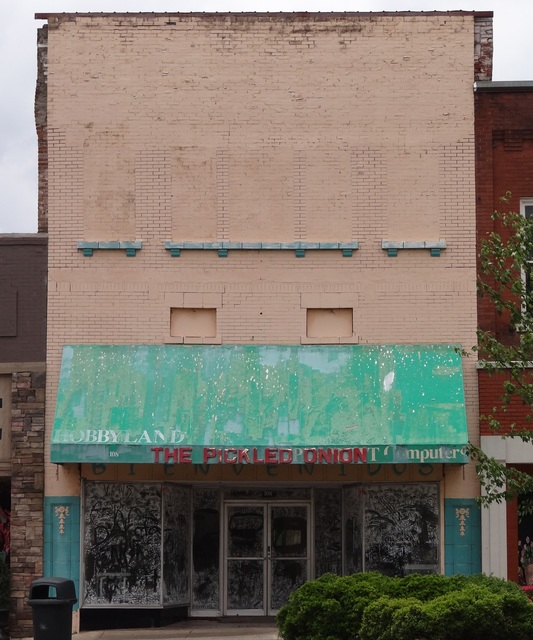 The building is still standing today and many of the features of the theatre can be found behind new walls and features added through the years.

If this theater did open in 1919, it had already closed by 1921, when the map shows a billiard hall with offices above. This listing has incorrect information about the Strand, which appears on the 1921 map. The building may have originally been constructed before 1884, in which case it was heavily remodeled, with the extension at the rear being added to convert it to a theater. It was a restaurant, but was abandoned by 2015. The tile entry is still visible, although mistreated. During the year(s?) it was a theater, the address may have been 109 S Main, but odds and evens switched sides sometime before 1921.