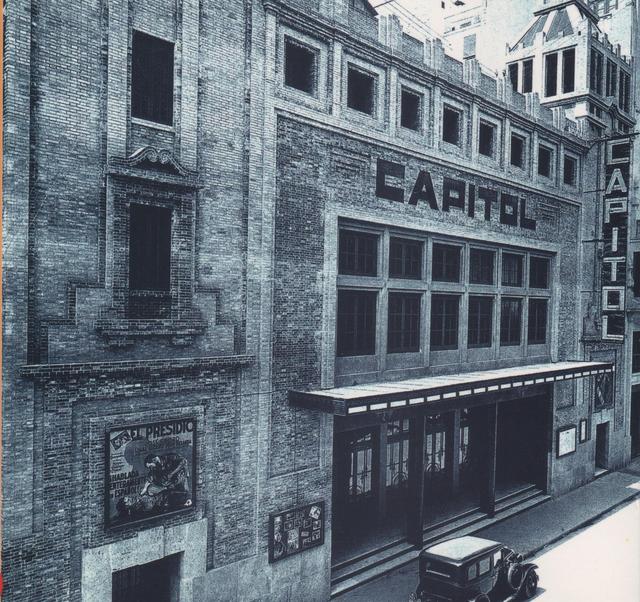 A gorgeous facade in this lovely city belonging to the Cine Capitol, which was opened in 1933. Seating was provided for 880 in the orchestra, 303 in the front balcony and 246 in the rear balcony.

The Cine Capitol closed in June 1996 and was derelict for many years. In June 2006 plans were approved to demolish the auditorium (retaining the facade) and build offices and three floors of shops on the site. A C&A clothing store operates behind the former Cine Capital facade in November 2012.