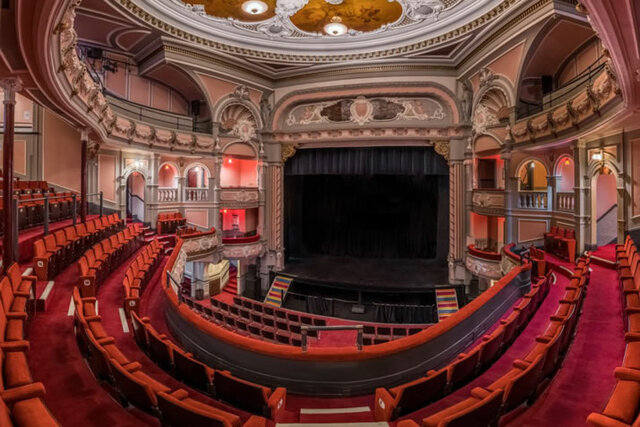 Opened in 1872 as Her Majesty’s Theatre as a live theatre. It was designed by architects Charles John Phipps & James Matthews. In 1897 noted theatre architect Frank Matcham altered the auditorium. Closed in 1906 when the nearby His Majesty’s Theatre opened. The auditorium was reconstructed in 1909, again to the plans of Frank Matcham and it reopened as the 800-seat Tivoli Theatre in July 1910. Closed in 1966 and turned into a bingo hall. The bingo hall closed in 1998 and the building became disused.

There is also a musuem in this theatre too(history of tnis theatre i think?).