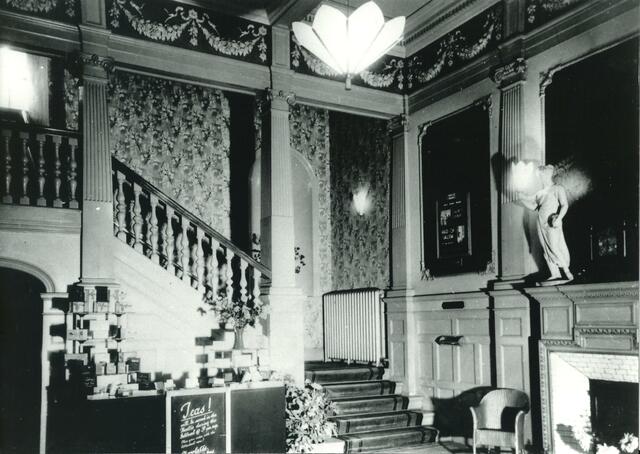 In Cambridge city centre, in the 1870’s, this site was occupied by a roller skating rink. However, that failed. By 1880 the former rink was known as St Andrews Hall and was being used by the Bijou Amateur Dramatic Club.

In 1882 the Club’s stage manager, W.B. Redfern, headed a syndicate which purchased the building. Professional companies were engaged from November 1882 and, shortly thereafter, the name was changed to the Theatre Royal.

This was closed and demolished in 1894-95. With Mr. Redfern as its managing director, the New Theatre Cambridge Ltd. built the New Theatre on the site in 1895. Designed by architect M. Ernest Runtz (his first theatre design), its seating capacity was said to be approximately 1,000.

In 1933, after incurring trading losses for two consecutive years, the owners leased the theatre to Cambridge Cinemas Ltd. An operating box for rear projection was built at the rear of the stage, while still allowing for stage presentations.

After an opening season of films, a mixture of cine-variety was introduced, with productions by companies such as D'Oyley Carte, pantomimes, shows by the Cambridge Amateur Operatic Society and the annual Varsity “Footlights Revue”.

On 31st December 1934 Union Cinemas took control of Cambridge Cinemas. The Theatre Cinema then passed into the hands of Associated British Cinemas(ABC) when that circuit acquired Union Cinemas in October 1937. The cinema was closed on 8th January 1938, presumably for refurbishment, re-opening on 10th July 1939.

(In the meantime, ABC had opened their Regal Cinema, just a few doors away, on 3rd April 1937. See separate Cinema Treasures entry.)

The building was requisitioned in October 1940 (it is not known specifically why). It eventually re-opened on 13th October 1947 with a return to its original name, New Theatre, albeit still on film, and with a reduced seating capacity of 618.

The building was used as a warehouse before being demolished in 1961. By the early-1990’s the site was occupied by Janus House.