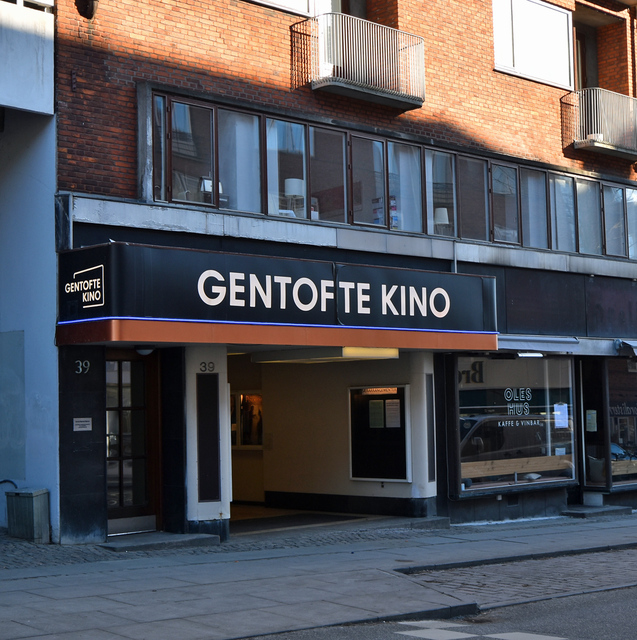 Located in the Gentofte suburb to the north of Copenhagen. The Gentofte Kino was opened on 31st March 1938 with 564-seats. Since the early-1980’s is has 290-seats. It specializes in programmes of family, children’s films and hosts a 70mm film festival every April. It is a member of the Europa Cinemas Group of arthouse cinemas.