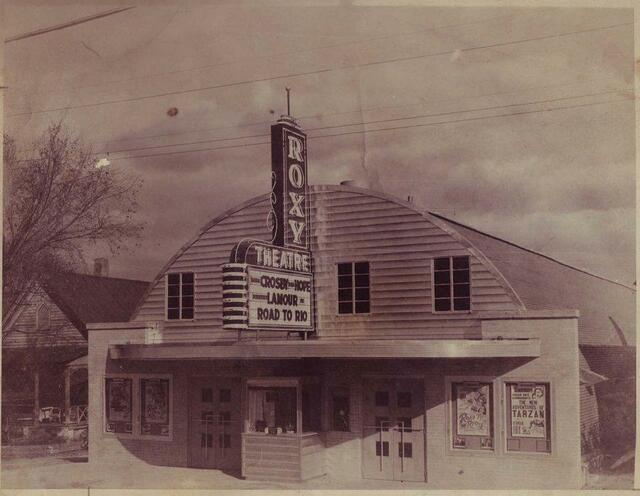 The Roxy Theatre on Hazel Street in Macon, Georgia, was opened in 1949 as an African-American theatre. It was built for $75,000 utilizing a Quonset-hut type of corrugated metal shell. It was a very popular place among the local residents. It later closed and became for a time The Church of the Lord Jesus Christ, still evident, though it too is closed, on Google Earth. Nostalgia for the place has prompted calls for its renovation.