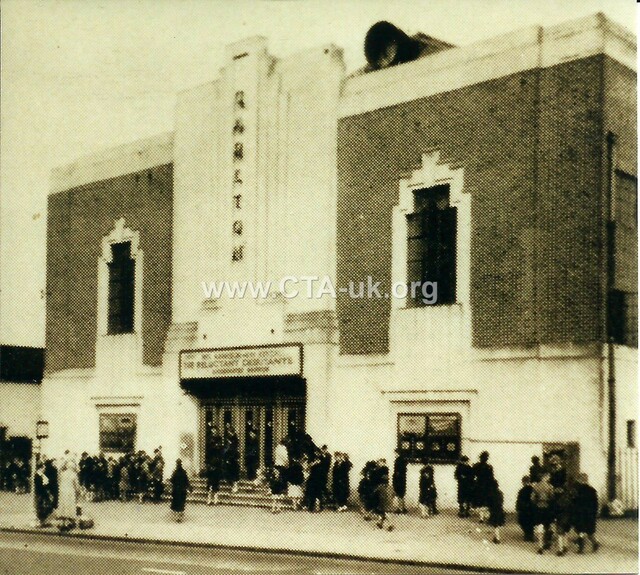 Situated in Westbury-on-Trym, a suburb to the north of the city of Bristol, the Carlton Kinema opened on 11th September 1933. It was owned by George Allen, seated 840 and was designed by well-known Bristol based cinema architect William Henry Watkins. The proscenium was 36ft wide. It was equipped with a British Acoustic(BA) sound system. There was also a café attached.

By 1953 it had been acquired by the A.J. Withers circuit based in Cardiff and in 1954 it was renamed Carlton Theatre. The proscenium was 36ft wide. It had been equipped with a Western Electric(WE) sound system. The Carlton Theatre closed in 1959 (precise date not known) with “The Reluctant Debutante”, starring Rex Harrison and Kay Kendall.

The building was demolished. A shopping precinct was built on the site, named Carlton Court in a nice nod to the former picture house.