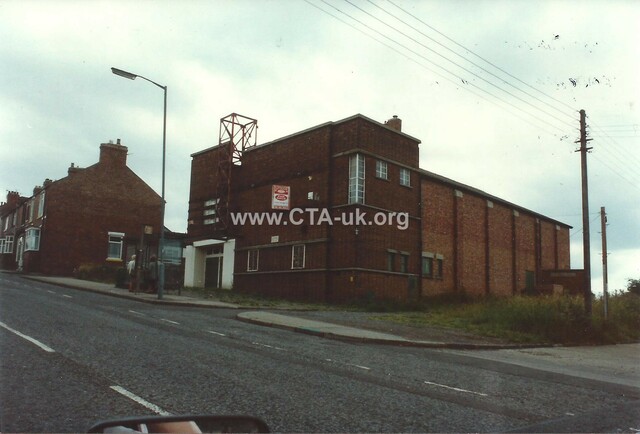 In the village of Bowburn, County Durham, situated about 3 miles to the south-east of Durham, in August 1939, plans were approved for the construction of the Crown Cinema. Construction started, with Peat Edge Cottages being demolished as part of the process, and construction began on 3rd July 1939 but was halted just one month later, in early-September, following the outbreak of World War II.

Permission was, however, granted for the work to continue, and the 481-seat Crown Cinema received its Cinematograph Licence on 15th January 1941 (the precise opening date is not known). The cinema was owned by Frederick Iseton.

A Western Electric(WE) sound system was installed. There were three changes of programme each week: Monday, Tuesday and Wednesday; Thursday, Friday and Saturday; and Sunday. The first two rows cost 6d, the rest of the stalls seats were 9d, while seats in the balcony cost 1s 6d.

The Crown Cinema was closed around 1967. The building became home to Crown Bingo, operated by Hearn Amusements, of South Shields, which lasted until 31st March 1996.

In June 2002 the building was demolished. The Wellsprings Business Centre was subsequently built on the site.