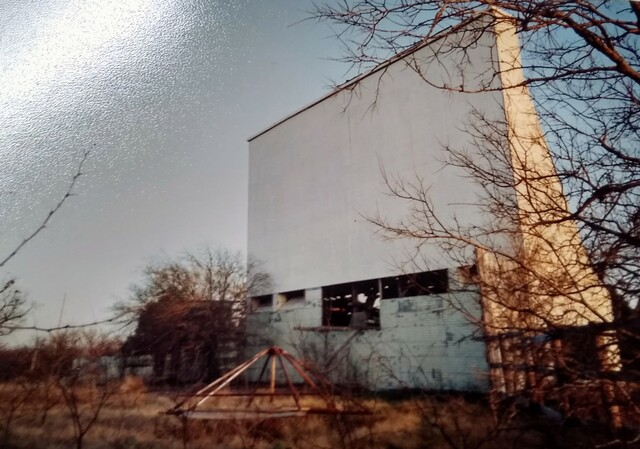 I could not get an exact address on Google Maps. So, the closest location I could get was US-180 and O'Neal Drive, Breckenridge, TX.

The drive-in sat about ¼ mile east of the intersection on the north side of US-180. The drive-in appears brand new in a 1954 aerial (as you might expect) and still intact in a 1983 aerial. By 1995, it had been demolished.

Today, you can still see the ramps and foundations for the screen. There is a structure that resembles a ticket booth, but it’s not in the right place so I cannot say for certain that it is the ticket booth.

I believe I’ve found the Corral Drive-In, but I cannot be 100% sure.

It sat west of town on the south side of US-180 at approximately 3005 W Walker Street, Breckenridge, TX. The entrance is now a parking lot that sits between the Regency Inn and Ernie’s Spanish Kitchen.

The drive-in appears in a 1954 aerial photo, but by 1960 it had been demolished. The area appears to have been landscaped with a small business that sat on the SE corner of where the drive-in once stood, but that has now been demolished.

There is no trace of the drive-in remaining. If someone can confirm the Corral Drive-in closing before 1960, then this is probably it.