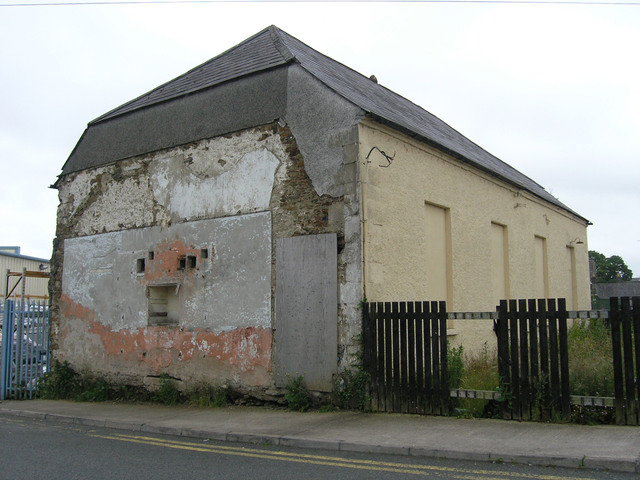 Located in Cootehill, County Cavan. The Guild Cinema was held in the former Presbyterian Meeting House built in 1797 which had also served as a Guildhall and secondary school. It was active in the 1950’s when it advertised in the press. The St. Michael’s Cinema at St Michael’s Hall in the town seems to have out lasted it. The building, recognisable by its half-hipped slate roof, appears to be either disused or used for storage as of 2021.