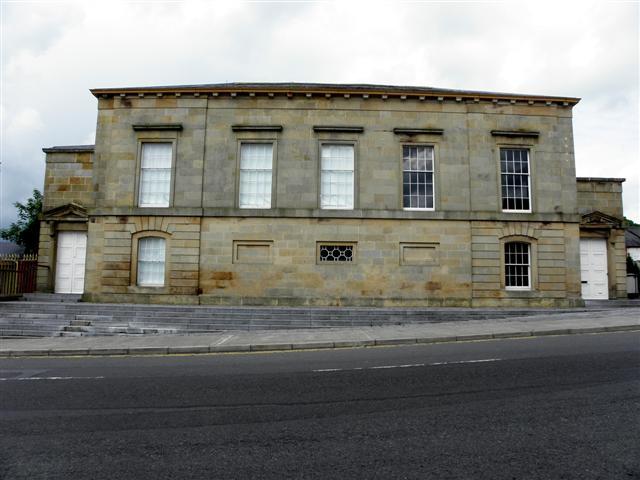 Located in Clones, County Monaghan. This classical-style building dates from the 1840’s and as the name suggests served as the town courthouse although today it is used mainly for special events. Prior to the Luxor Cinema opening in the town it was used to host a cinema and is the most likely place for what was advertised in the press as the Carron Cinema in 1935 and the Classic Cinema in 1936-37. It has been home to film screenings once again as one of the venues for the Clones Film Festival in 2017.