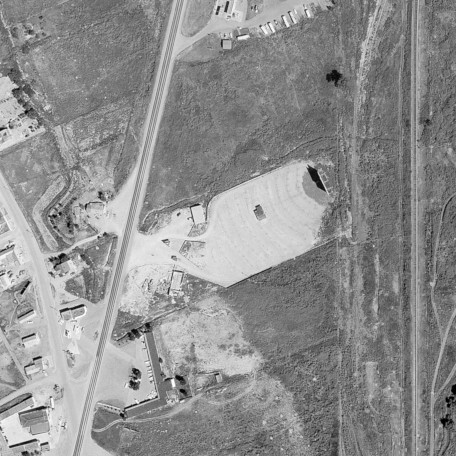 In April 1961, the second Vegas Drive-In made regional news after winds knocked down its screen. Arthur Martinez, son of the owner, estimated the loss at $8,000. There’s no evidence that the drive-in ever reopened. Its relation to the first Vegas Drive-In, if any, is undocumented.

An aerial photo taken in August 1960 placed the drive-in at 300 S. Grand Avenue, with a size close to that of the first Vegas Drive-In. It was completely gone by a 1981 aerial, and nothing remains of it today.