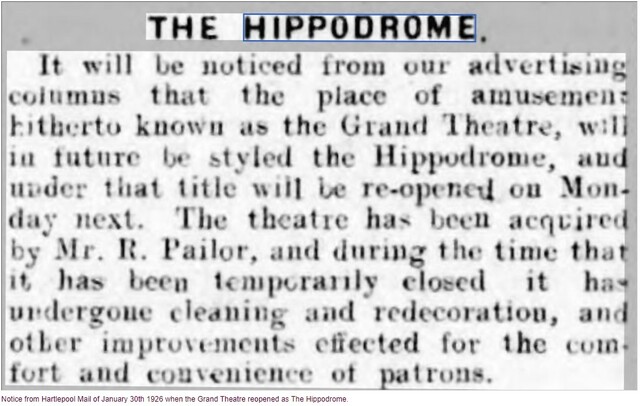 Located in Hartlepool (aka West Hartlepool), County Durham. The Grand Theatre opened around 1904/1905. By 1910 it was part of the Stanley Rogers chain of theatres. It was closed in the late-1920’s.

By 1929 it had been re-named Hippodrome Theatre and was operated by the Pailer Brothers. It was converted into a cinema and originally there were plans to install Western Electric(WE) sound system, but this was not carried out and a RCA sound system was installed. It was still open as a cinema during the early years of World War II, but was closed and requisition by the Ministry for War use. After World War II ended in 1945, it became unused and was later demolished.