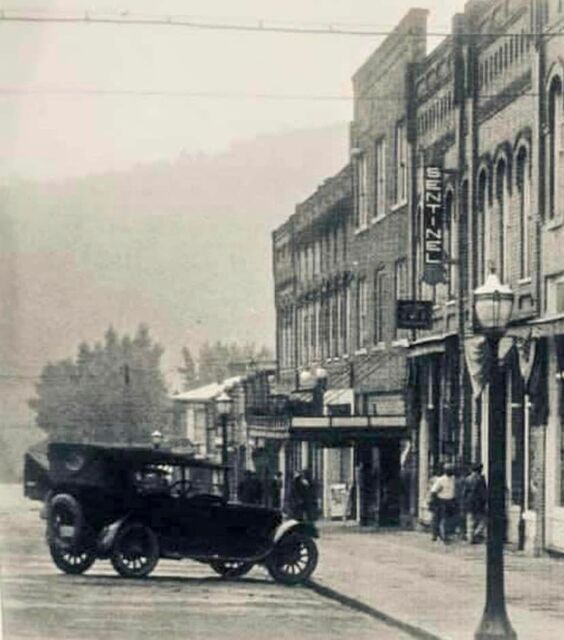 The Oasis Theatre was opened on October 13, 1920 with Anita Stewart in “In Old Kentucky” & Snub Pollard in “Live and Learn”. It replaced the towns' Grand Theatre. It was still open in 1932, but was listed as (Closed) in the 1933-1935 editions of Film Daily Yearbook. It later reopened and was finally closed in mid-January 1947.

The Oasis Theatre was a replacement for the Grand Theatre. The October 7, 1920 issue of the weekly Marion Progress carried a notice from the operators of the Grand that they hoped to have their new theater, to be called the Oasis, opened on October 13. The Oasis was advertised in the October 14 issue of the paper, so it’s likely they met their date. Advertisements for the Grand no longer appeared after that.

The latest advertisement for the Oasis I’ve found was in the January 16, 1947 issue of the Marion Progress. The newspaper was a weekly, so the Oasis might have closed anytime between the 16th and the 22nd, as only the Marion Theatre advertised in the January 23rd edition, although the ad for the Oasis on the 16th listed programs through the following Thursday (the day the paper was published.) In its last years the Oasis was run by the House family, owners of the Marion Theatre and, after 1950, the new House Theatre.

Elderly local residents reminiscing about the Oasis in the 1930s and 1940s say that it was nicknamed “the rat hole” and ran mostly westerns and movies without big name stars.