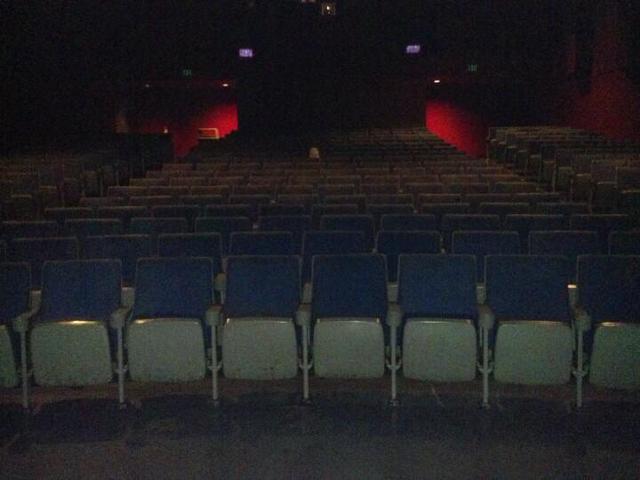 Located in the Woodlawn district of Baltimore, this 8-screen theatre was built outside the mall, replacing the 4-screen Security Mall Cinema inside the mall (which has its own page on Cinema Treasures)

General Cinema opened the GCC Security Square 8 on November 20, 1987. It is now operated by AMC.

This theatre opened in 1972. It was the first theater inside an enclosed mall in Baltimore. It went to 4 screens in 1978, with a major expansion of the mall. The original 2 screens were kept, and 2 more were added on to the complex. In 1987,the theatre moved to the outside parking lot, with 8 new screens and the first THX sound system, in Baltimore. There were many 70mm movies shown here, including Indiana Jones and the Temple of Doom , and the Batman Movie. The Theatre has outlasted competition from The old Westview Palace, and a newer UA multiplex. It stands alone in the south west corner of Baltimore County.

Picture of the theatre can be seen at

This is the theatre where the infamously bad horror film Ax ‘Em (then known as The Weekend It Lives) premiered. It is notable for the fact that the director was the son of a local congressman.

Saw so many movies there in the 1970s and early ‘80s when it was still inside the Mall. The nearby Westview Cinemas, not far as the crow flies, was a much nicer theater in just about every way, but Security wasn’t bad – especially before it was carved up from two to four screens – and it benefited by being in Security Square Mall.

When the outdoor cinema was built, it was one of the nicer in the Baltimore County area and was an instant hit. I remember going to see Tim Burton’s BATMAN there opening day and the line stretched all the way around the building. But the explosion of multiplexes in the 1990s really dragged off a lot of its business over the years.

Can’t say I have much of en emotional attachment to it the way I do for the Wsetview, which was truly a treasure.

This was a good drive for us, living in Glen Burnie, but we did make the trek every now and then when it was still inside the mall. I think the screens were pretty big, if I remember correctly, but my only other memory of it is seeing Jaws 3D there and the General Cinemas intro with that theme that got stuck in your head (Harundale Cinema had this also). If we had our choice, we would go to Westview instead.

According to the AMC website, the theatre is currently being renovated and remodeled, which also includes the installation of recliner seating https://www.amctheatres.com/movie-theatres/baltimore/amc-security-square-8