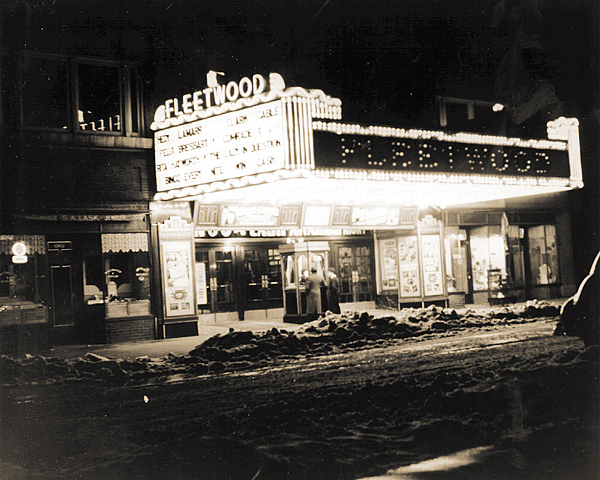 The Fleetwood Theatre opened in 1927, in the Morrisania area of the Bronx, on Morris Avenue near E. 165th Street. It was operated by the Consolidated Amusement Company chain. Closed in 1958, the former theatre was turned into a supermarket and bowling alley. It later housed other businesses and was later vacant for a while. It made news in 1995, when it was raided by the police for illegal cockfights being held there under the guise of boxing matches.

By 2017 the upper part of the building had been converted into a church, with the interior mainly gutted.

Another recent image of the Fleetwood, as well as many other Bronx theatres, can be found here:
View link

I believe this theatre did not open until 1927 or later (a February 1927 NY Times articles says that the theatre “will be opened by the Consolidated Amusement Enterprises”) and that it closed in 1958. It was purchased by a realty investor, who planned to convert the site into a bowling alley, in 1960.

I was in this theater last year. Much garbage on first floor and some junked cars. Stage was being used as a car repair shop at one point. A second and third floor have been added years ago. Construction looks like that used in late 1950’s. Second floor was used as a club it looks like. The third floor was a bowling alley at one point. You can see where alleys were. Balcony was removed years ago. However from third floor if you lift a certain ceiling tile and you have a 12ft ladder you can climb up to what was the projection room. There are about five rooms up here. All are empty.
Just a lot of garbage from when booth was removed.

A theater was being planned for a site at Morris Avenue and 165th Street in early 1926, when the January 31 issue of The Film Daily published this item:

If, as bamtino said in a comment of August 16, 2004, the Fleetwood didn’t open until 1927, it could have been this project. Three other theaters are currently attributed to architect Joseph Orlando at Cinema Treasures.

The building isn’t vacant anymore. Click the left arrow on the pavement in Google Street View to get a look at the building as of June, 2011. An Internet search for the Bee & Bee Department Store comes up with the address 1000 Morris Avenue.

The Apostolic Church International uses the same address, but I think it must be only the church’s offices occupying the upper floor rooms that were described in johndousmanis' comment of September 28, 2004. There doesn’t seem to be any part of the building as it is now that could be used as an actual church.

A church now occupies the second story of the building. They gutted and stripped out the whole second level, and we got mixed reports about what’s left on the third floor. If anything is left up there, it’s likely very minimal and won’t be around long.