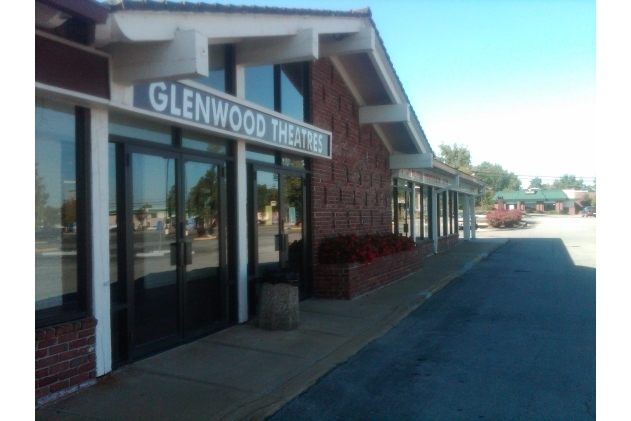 The Red Bridge opened in 1980 and was operated by Dickinson Cinemas, then Globe Cinemas of Kansas City. Located in the Red Bridge Shopping Center, the building has a large lobby and spacious auditoriums. It is located across the road from the Minor Park Golf course on Holmes Rd. at Red Bridge Avenue. The theatre seats a little over 1,300.

Don’t pay by credit card. This cinema’s receipt displays your entire credit card account number – a practice that retailers discontinued years ago due to fraud risk. Even the most unsophisticated merchants know that the account number should be printed with all but the last four digits hidden with x’s. I brought my family there last week and noticed this problem, but when I mentioned it to the manager (evening shift), he just dimissed the issue. A poor attitude and refusal to consider customers' suggestions are not wise, particularly in this economy and with so many cinema choices. I will not return to Red Bridge cinema until I know they have made the necessary receipt system changes. (Also, I wanted to call and discuss this with Red Bridge owner Globe, but there is no Customer Service phone number on globecinemas.com.)

This theater opened in 1990 according to http://movie-theatre.org/usa/mo/kansascity/kc.htm . Also it was operated by Dickinson until 2003 when Globe bought this theater.

This theater has been around since at least 1985, when I moved to the Kansas City area. It is not in a free standing building, but part of a shopping center. I believe the space previously was a grocery store and possibly a Macy’s department store, when the Red Bridge shopping center opened in the late 1960s.

As of April 30, 2010, this theater became the Glenwood@Red Bridge. Story here: View link

Nice that it has reopened,good luck to them.

This theatre is operated by the Fine Arts Group, which operate the Leawood, Rio, and Glenwood Arts. This theatre runs a mix of first run and art house movies.

This theater has closed.

An article by Steve Rosen in the Kansas City Star on October 29, 2014 says that Brian Mossman, an owner of the company that operated the theater, said the lease was not renewed and the last day of business was Sunday October 26, 2014.

The Fine Arts Theatre Group, owned by Mossman and his brother Ben Mossman, operates two other movie houses in the Kansas City area—the Rio, and the Glenwood Arts. Information on those theaters can be found at their official website www.fineartsgroup.com.