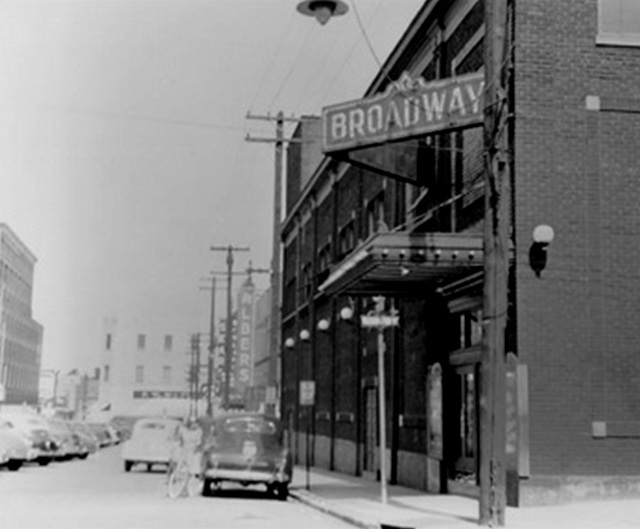 The Broadway Theater began as the Nowland Opera House in 1893. In 1912 the name was changed to the Hippodrome Theater which had vaudeville shows and motion picture presentations. On January 14, 1917 the Hippodrome Theater burned down. It was rebuilt the same year. In 1924, the theater was leased out to some local businessmen and completely remodeled.

In 1928, L.B. Wilson and his associates purchased the Hipprodrome Theater. In 1930 it underwent extensive remodeling. At this time a contest was held to find a suitable name for the remodeled theater. The winning entry was Broadway.

The Broadway Theater remained open until the early-1950’s. The building has been demolished and a parking lot is located on the site.

A recent article in the Kentucky Post says that in 1936 the Miss Kentucky Beauty Contest was held there and that Charlotte Hiteman was the winner.The Hippodrome Theater lasted into the early 1960’s.

Here is a photo of the Broadway Theatre in the 1930s. Note that the old Hippodrome sign is still on the roof above the Broadway marquee.

Items in various issues of The American Contractor in 1917 indicate that the architect for the rebuilding of the Hippodrome Theatre was Anthony Kunz, Jr. Kunz is best known for a number of Roman Catholic churches and school buildings he designed in the greater Cincinnati area during the first half of the 20th century. 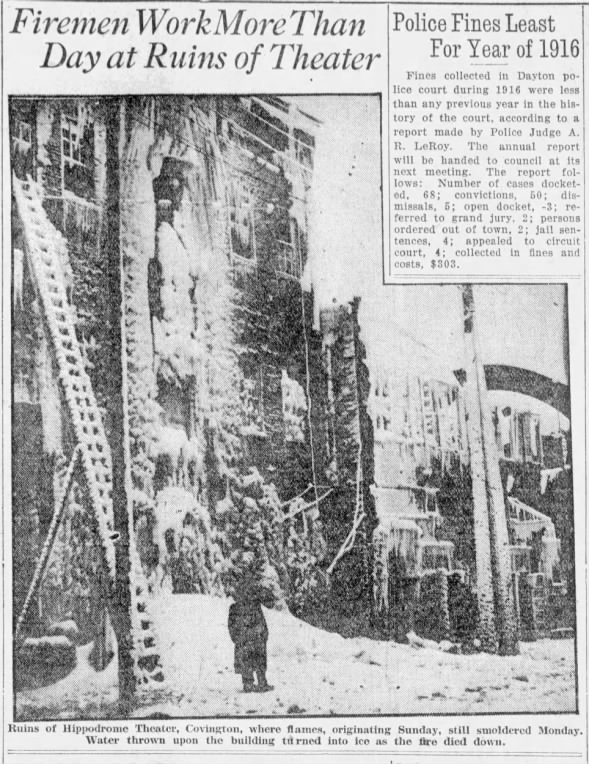