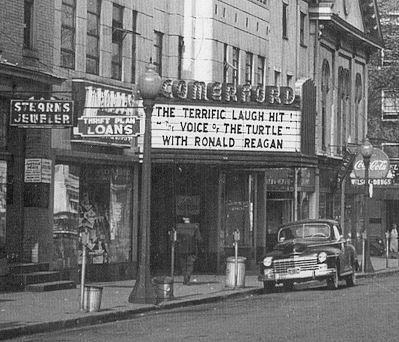 It was renamed Carlisle Theatre on January 11, 1950 and closed in 1986. It reopened in 1998, the theatre is operated by Carlisle Regional Performing Arts Center, Inc. a 501©3 non-profit organization run mainly by volunteers. During the fall, winter and spring live shows are presented with foreign and independent films running year-round.

If you have interest in cars especially Corvettes you might want to make a trip to Carlisle PA on May 6th for the premier of The Quest. Information can be found at the above site.

Here is an updated link to the article by Helen Kent about the Comerford Theatre, in Boxoffice of August 19, 1939.

Does anybody know anything about a theater, probably a nickelodeon, that was on W. High Street (near the corner of North Pitt)? It was almost straight across the street from the current Carlisle Theatre. The Google street view shows that the portion of this building has been demolished. This theater was in the far easterly portion of the Bolen Building. The Bolen Building is at the corner of W. High & N. Pitt. The first three sections of the building are still standing. The next two sections, (the last/easterly housed the theatre) have been demolished. I have a postcard showing this typical nickelodeon-styled facade. There are also photographs of the Bolen Building showing this facade on the Cumberland County Historical Society website: www.historicalsociety.com. It certainly looks like a nickelodeon or theater. One photo caption dates the photo as 1936. I doubt if this facade lasted into the 1930’s, but research will tell. There are also two photos of the Carlisle Theatre, as well.

I just rec’d a THSA (Theatre Historical Society of America) email telling me that this theatre will premiere a short story movie entitled Palace on May 5th.

Anyone in the Carlisle PA area should see this film.

Today’s email to their list stated they now have digital projection & a new sound system. Movies this month include “The Way, Way Back” and “The Attack”

Good news though I shall miss the reels which “belong” to these types of theatres from a bygone era. 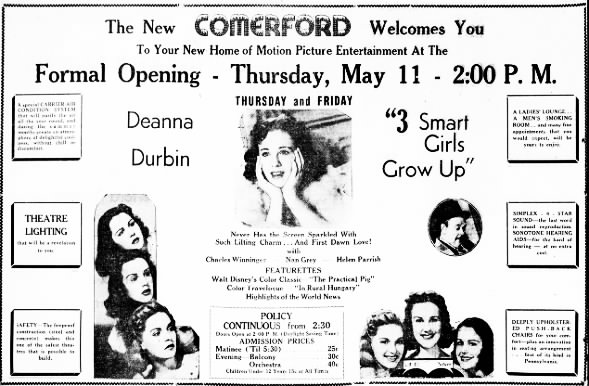