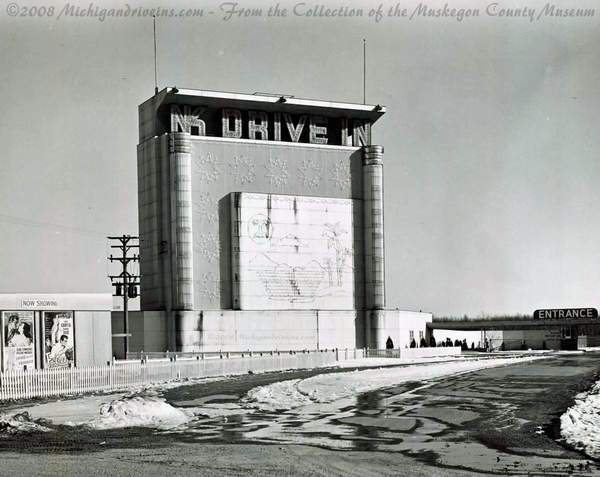 Here is another link:
http://www.michigandriveins.com/detail.asp?id=132

Sad to say that a November 2005 wind storm has damaged the Getty’s original screen tower beyond repair and is being dismanted. The official web site does give a progress report on the unplanned face lift at View link

Last year they replaced the screen that was removed after the 2005 wind storm. So the Getty 4 is back to four screens again.

I took a few new shots of the theater over the weekend.

From the Getty Drive-In web site:

The Getty Drive In was originally a one screen theatre built in 1948 called the NK Drive In.

Loeks Theatres purchased the theatre in 1966 and changed the name to The Getty Drive In.

In 1978, Loeks added three screens making the Getty one of the largest outdoor theatres in the country.

In 2013, the Getty Drive-In converted to DLP® Digital Projection, enhancing the quality and brightness of the picture and extending the life of the Getty for years to come!

There’s a superb 2016 tour of the Getty hosted by Loeks president J.D. Loeks on YouTube.