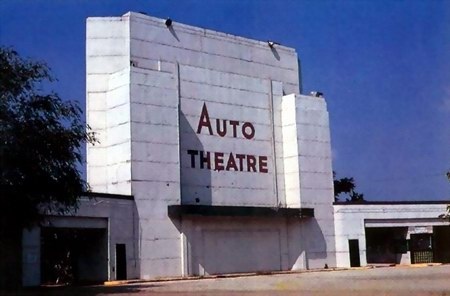 Likely the scene of much autoeroticism in the fifties and sixties.
8-)

Chuck- actually the latest additions and parking lots for Cinema Carousel do sit on the site of the former Auto Theater. In fact, Cinema Carousel uses the old drive-in sign for advertising.

The 1948-49 Theatre Catalog lists A. W. Ochs, Muskegon Drive-In Theater Co., capacity 400. The next edition dropped the company. In the 1952 edition, Ochs is joined by General Th. Serv. Then Ochs was out by the 1955 edition, replaced by Allen Shaw, Lombardo Bros.