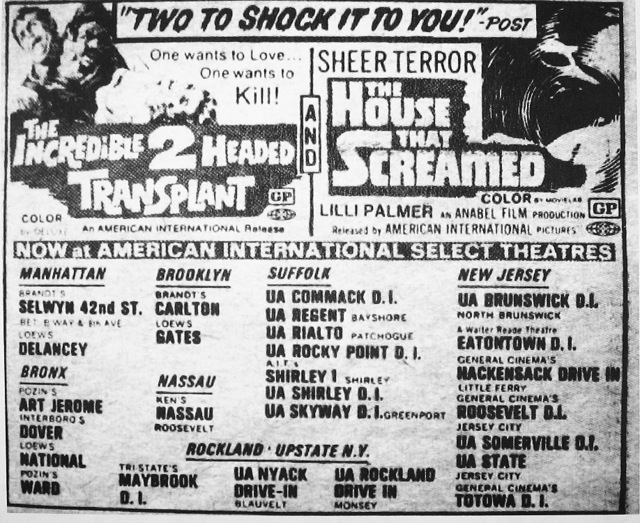 The Nyack Drive-In opened April 17, 1962 with Jefrey Hunter in “King of Kings”. It was operated by Harry & Joe Appleman. It was later taken over by United Artists. It was closed in 1987.

I believe I just saw this theater used on a tv show. It’s nearly impossible to find on youtube, so you may have to purchase it on dvd to see it. The show is called “The adventures of Pete and Pete”. The episode is from season 2 and is called “The Call”. The show was filmed around 1992-1993 and used to be on Nickelodeon. Much of this episode is filmed at a drive in movie theater (clearly run down and not in operation). They even have a clip of an old sign that says “Nyack drive-in” right on it. I just happened to be watching this show and thought it would be great to try and find the old theater and take some pictures. It makes sense that they filmed here too because most of the show was filmed in the Northern New Jersey area.

While hiking in Buttermilk Falls County Park a couple of weeks ago our group could clearly see the remains of this drive-in. The screen is still up and you can see the parking field that radiates out from it. I did not see a marquee on Route 303 for it but I could have missed it.

Looking on Google Maps, there is a new building there now, where the screen was. I’m not sure when it was built (and when the screen was removed). :(

My dad, my uncle and an associate who’s family owned a demolition company out of Yonkers, N.Y. cleared the land and built this drive inn starting late in 1960. I have almost all of it on 8mm film. The excavation company was called Ramapo Excavation Inc. all the paving and stone came from the Acme Asphalt Paving Co. out of Chester, N.Y. The frame for the screen was erected by a group of American Indians, no harnesses, hooks or anything that would keep them from a fall, it was all free hand. I was told the Indians had no fear of high places and were well balanced. They were the most incredible guys to watch walking around on the top beams like they were on the ground walking on a sidewalk, I was amazed. I spent time there watching this project come together occasionally on Saturday’s and when school was out for the summer until it was completed. I thought is was the greatest time spent in an early time of life for me. It would be nice to chat with anyone who is still alive and was connected with this project. A pond and a stream were re-routed in order to build the drive inn and a very large object was buried there. I do not know if this was ever discovered however, only those who were there would know where and what it is.

Uploaded some pictures from Jon Moss who worked at the Nyack Drive-In.

Opened with “King of kings”.

It was there until at least November 2011, its now been demolished and a FedEx distribution center has been built on the site.