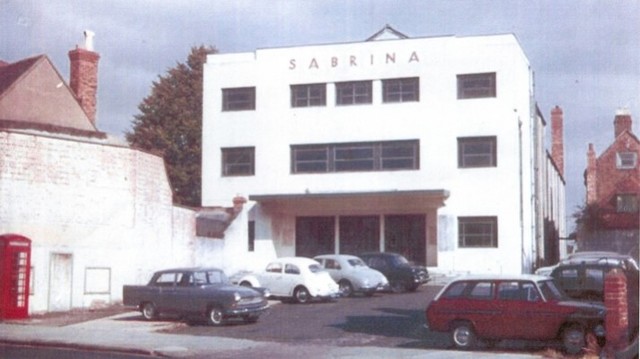 Sabrina is name of the goddess of the River Severn which runs through the town of Tewkesbury, Gloucestershire. The Sabrina Cinema opened on 5th May 1934 with Jack Hulbert & Cecily Courtneidge in “Falling for You”.

The cinema closed at the end of September 1963, due to declining audiences. The final film was Terence Stamp in “Billy Budd” and a Russian film “Monkey’s Galore”.

The cinema was demolished to make way for the redevelopment of the area which included the building of the Roses Theatre in 1974, which opened in 1975.