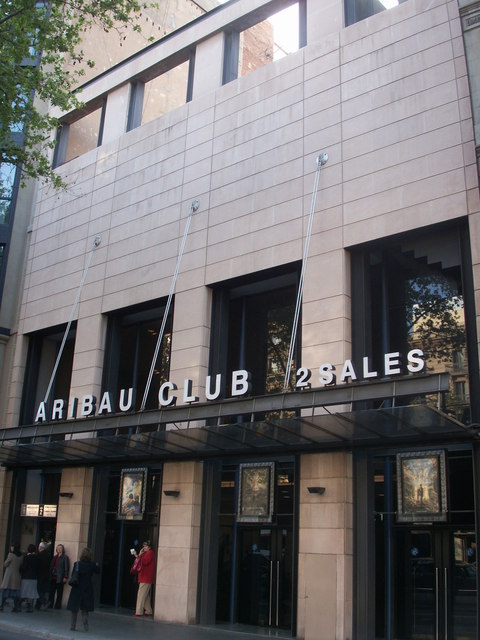 The Cine Dore opened 4th October 1936 with Rochelle Hudson in “El Pueblo en Armas”(Show Them No Mercy"), with a seating capacity of 699. On 5th April 1938 it was re-named Cine Durruti, then reverted back to Cine Dore on 12th February 1939. It quickly changed name again on 1st March 1939 to Cine Dorado. The Cine Dorado continued for many years until it was closed on 8th May 1994 with Whoopi Goldberg in “Sister Act 2-Back in the Habit”.

It re-opened on 22nd December 1994, converted into a twin-screen cinema by architect Enric Mir Teixido. Seating 441 and 265 it was re-named Club Dore. It re-opened with Walt Disney’s “The Lion King” and Harrison Ford in “Imminent Danger” and was controlled by the Balana chain.

A close-up view of the Cines Aribau Club in February 2007:
View link