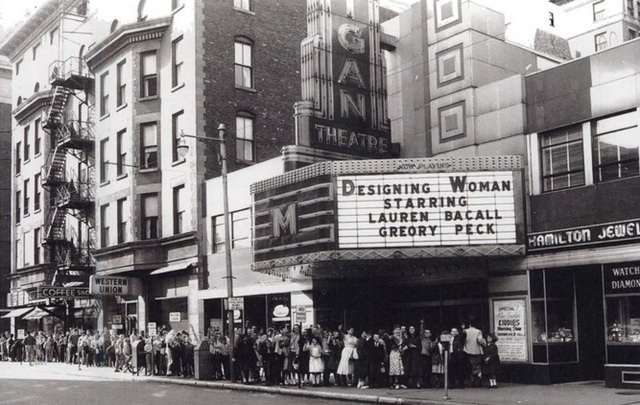 This theater was operated by the Butterfield circuit. I went there a few times in the early 1970’s; at that time, its interior was very plain, almost devoid of any ornament or decoration.

This may be the image Bryan was referring to in 2005:
http://tinyurl.com/ck8jvr

I managed the Michigan theater around 1960. I was transferred there from the Capitol in Flint. Butterfield theaters was the owners. I also had to work for the Bijou manager. I had to take his concession inventory every week. He was weird and I didn’t like him. I liked all of my employees and we had a ball. The theater was old and I tried cleaning up the lobby with displays and repairing the wall covering.

I had never been to Battle Creek before and I loved the city. There used to be after hour jazz sessions in private homes. A group from Chicago, THE THREE SOUNDS used to visit and play.The people were all friendly and the few bars I was able to get served in, were all nice. I was only 20 at the time. The cleaning lady and her husband took me to Chicago. I had never been there before. I was wearing a tuxedo from the theater, and we visited the poor black section of the city. I felt embarrassed. They all thought I was rich-smile!

We ran old Laurel and Hardy shorts that went over real well for the young crowd unfamiliar with them. There was a military regiment there. I forget if they were Army, Marines, or Air-force. They came to the theater weekends with their dates.

Bob Smock replaced me when I was transferred back to Flint to manage the Della theater there. Bob had also managed the Regent theater in Flint. Then he moved to California and managed a theatre, them moved back to Lansing, married a former concession worker from Battle Creek, and unfortunately died at a young age.

I was saddened to see that the two theaters, The Michigan and Bijou had been demolished. The 8 Butterfield theaters in Flint all closed too and were demolished. The Capitol remains but it is closed.

I was Bill Kern in those days and later Dakota. I lived in Hollywood many years and now back in Lima but moving back to Flint in a month or so (8/30/2011). My email is