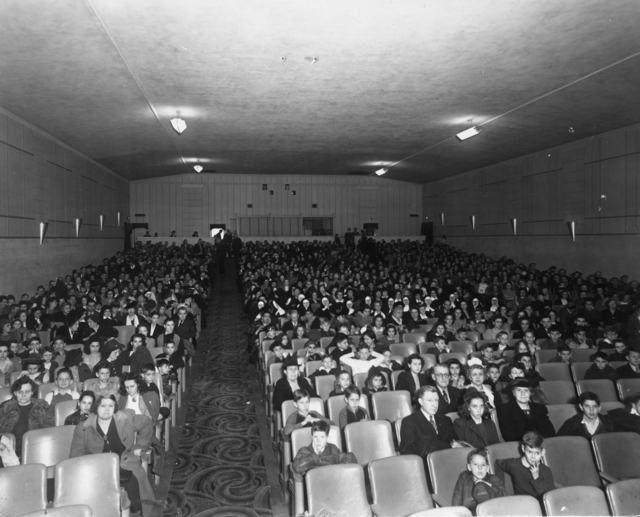 Michael Cianciolo built the 1,014-seat Luciann Theatre in 1939-1940, and his son Augustine ran the theatre which opened on November 9, 1940 with Errol Flynn in “Virginia City”. The Luciann Theatre is named after sisters Lucy Cianciolo and Ann Cianciolo Angelo. In July 1958 it was closed and became a bowling alley.

Prior to the Luciann Theatre being built, in 1936 a Parkview Theatre was planned for the adjacent site, designed by architect R.B. Spencer for the Parkview Amusement Co., but it was never built. The site became the parking lot for the Luciann Theatre. In later years a bank was built on that site.

On March 23, 1971 it was sold to the Paris Adult Group, and for a number of years the concrete ‘Luciann’ name was covered by plywood, having been renamed Paris Adult Theatres I & II. About one quarter of the auditorium was being used for adult films in 2011, with a few of the ‘venetian blind’ side lights still intact together with some architectural details. Therefore, technically, there is still one screen operating under the Paris Adult Group management. It was closed in November 2017. In the summer of 2020 the building was sold, and work began to repurpose and renovate the theatre. It will revert back to its original Luciann Theatre name.

The exterior is amazingly well preserved as opposed to many other former neighborhood theatres in Memphis. Another Cianciolo operation, the Rosemary Theatre, was named for the third daughter, Rosemary. It did not survive in the 1960’s.

The building should be heritage listed!!

There is community interest from several avenues in preserving it.

Great old theatre. I remember being a guest of the family there.

We have someone interested in accquiring the building. Would appreciate any info available!

Dear Spin doctor. Our family has not owned that property since about 1980. I would suggest a check of tax records for Memphis might help. I can tell you about the history up to the time the Luciann was closed when it was the Party Nightclub Mike Cianciolo 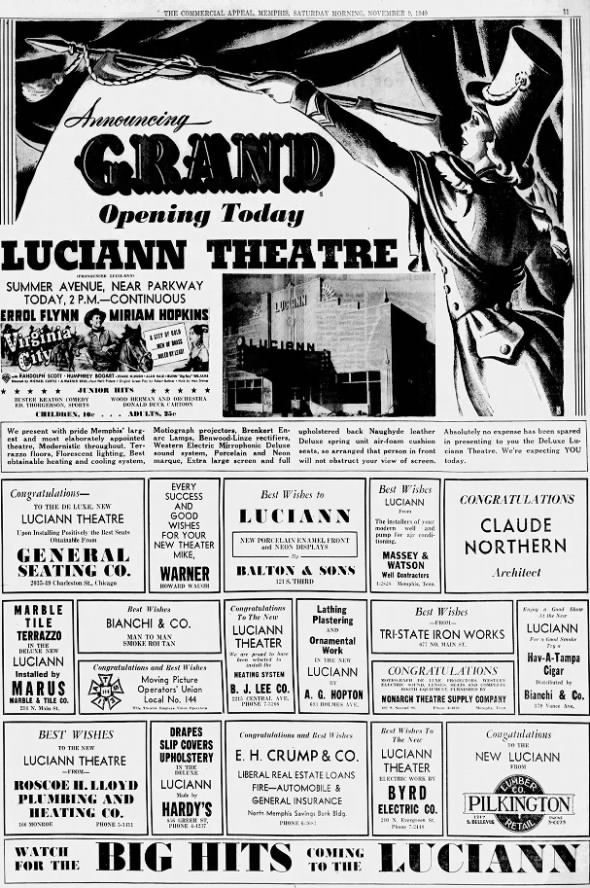 Looks like Italians dominated the movie theater business in Memphis at one time.